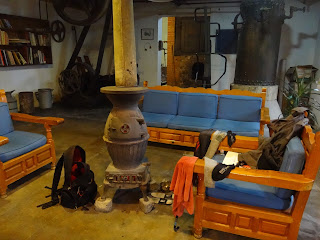 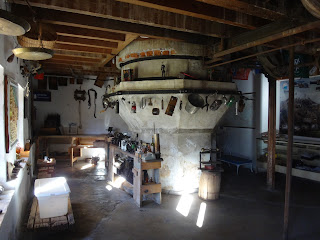 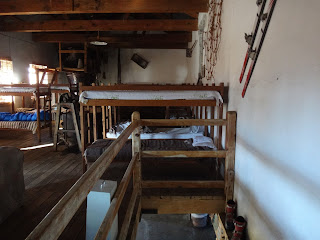 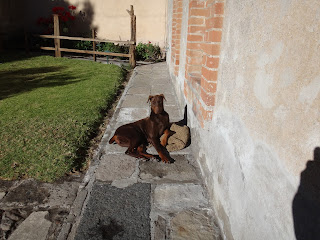 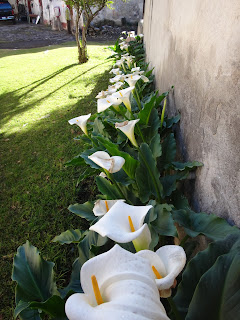 It was a Sunday morning and the mountain was absolutely packed with people.  We parked a ½ mile from the entrance and at 9am started hiking from 10,035’.  I have never seen this many people hiking at one time.  It was crazy.  It was an uphill parade with a couple of thousand people marching.  Most wore jeans and sneakers.  Al and I were outfitted for a real climb (boots, poles, crampons, ice ax). 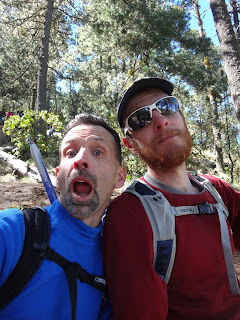 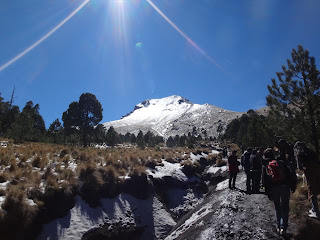 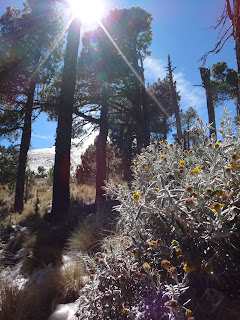 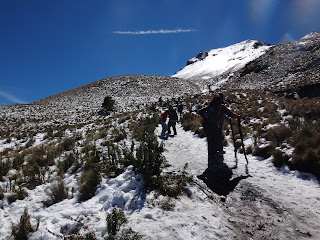 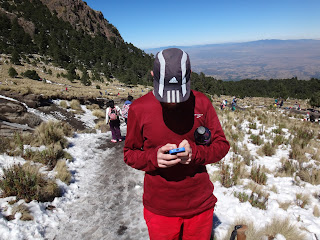 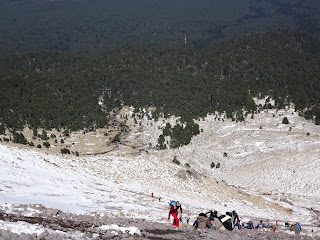 The mountain had received 4-6” of snow so the upper parts of the trail was muddy and icy.  We worked our way through the masses.  After 1:40 and 3.5 miles we reached the treeline at 12,800’.  The next mile would climb another 1,600’!  We passed a lot of people during this stretch as we switched to crampons.  It was funny watching people come sliding down on their butts.  Everyone appeared to be having a great time! 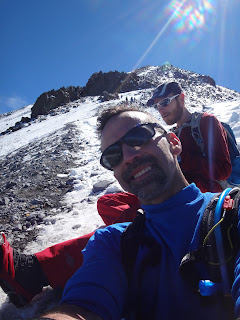 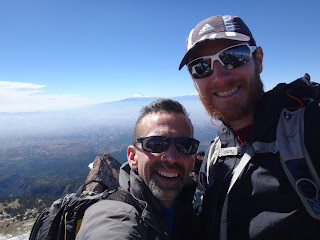 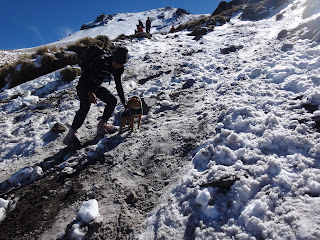 We reached the top in 3:10 and spent about 20 minutes on top taking pictures and enjoying the view.  It was sunny and relatively comfortable (got to about 70 degrees at 10,000’).  We zipped on down the slope doing the descent in about 2:00 flat.  The last few miles we chatted with an Engineering student who really wanted to practice his English.  In all the 9+ miles with 4,384’ of climb and descent took us 5:29:38.  It was a great way to finish the Mexico trip on a positive note. 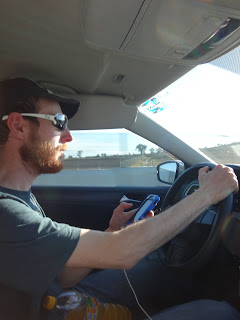 
Dogs: There were dogs running around EVERYWHERE.  It was a bit sad, although I guess most of them had owners.  There were a lot of “roof dogs”, literally dogs that were up on roofs.


Music: Al brought four CD’s along and we played three of them incessantly.  Smashing Pumkins, Toots & the Maytalls, and Dave Matthews, great stuff.


VW bugs:  Do not play “punch buggies” in Mexico; you will end up very sore.  There were an uncountable number of VW bugs spotted, compared well with a Subaru in Vermont.


Ghost humps:  The roads had speed bumps (or humps) everywhere, often without reason or warning.  Eventually we’d start seeing “ghost humps” which were tricks of the light or broken pavement that looked like a hump but turned out to be nothing.