Day 2 in Mexico (01/10) – Al headed up the mountain on a scouting trip while I slept off my altitude induced hangover.  I felt a lot better and did a 4 mile run in Toluca between 8,400-8,500’.  We drove up to the pass (10,700’) then on to the TH at 13,600’.  There was some camping available but it really seemed too high especially with how I’d felt the day before.  We dropped back down to the pass and did a little bootleg camping in some nice pine trees not too far off of the main road.  It was a good day for relaxing and getting acclimatized.


Day 3 in Mexico (01/11) – We got up before sunrise and headed back up to the Trailhead for Nevado de Toluca, it was 30 degrees and sunny. 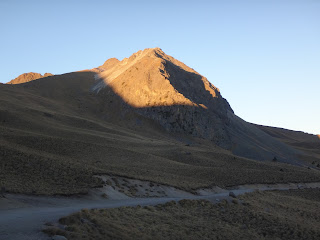 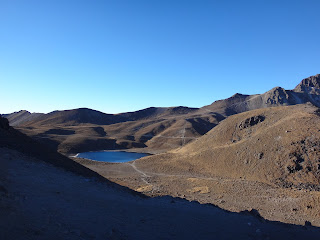 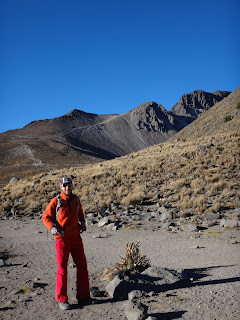 Then the real climbing began!  I topped out at 15,200’, about 70’ below the very top.  There was a 5’ section of exposed rock with a couple of scramble moves need to get up there.  I didn’t feel comfortable doing that so I sat and took some pictures while Al went to the top.  We reached that point in 2:50 and I hung out for about 10 minutes before we started our descent. 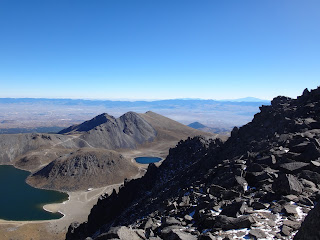 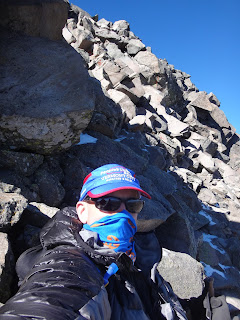 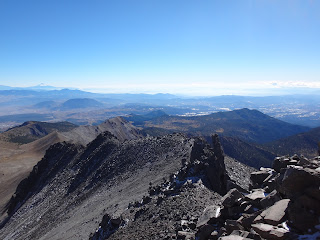 Al thought the scree slope would be fun to head straight down and I could not disagree.  We dropped 1,500’ in ½ mile!  It was a blast storming down the dirt/rock slope. 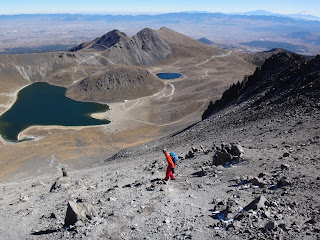 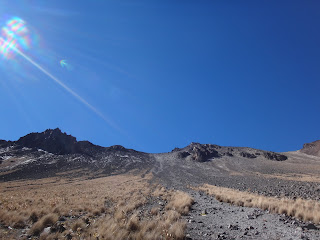 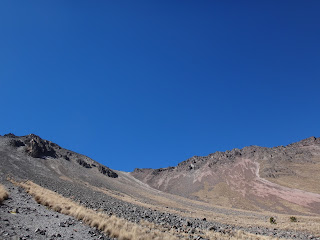 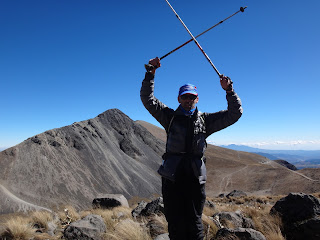 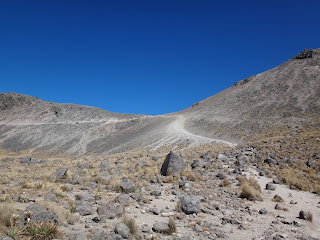 We covered the 5.16 miles in 4:35 with 2,380’ of climb and descent.  After the hike we drove to Amecameca and checked into the Hotel El Marques (rates for a night or four hours and porn on all TV stations).  It was actually clean and comfortable.  We did an easy four mile run (at 8,800’) and then headed to the town square where we bought hamburques from a street vendor.  I was a little worried about maybe catching something and Al noted that the woman preparing the burgers coughed in her hand then pressed the burger and also handled cash with the same.  Oh well! 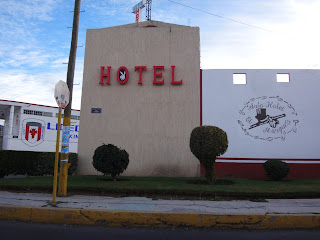 Awesome! Looks like another planet. Hoping to get down there this summer.